How to Prevent Alzheimer’s with Exercise

When I was a kid, being 20 basically made you a senior citizen. In my 20s, the 30s felt like a distant destination. The 40s came faster and have all but flown by. Now, there’s a little more gravity about the decades to come. I think a fair bit about, how I will function and feel. My brain may be kind of a weird one but it’s also home. So, I want to keep it as healthy as practically possible.

My grandfather had dementia. Not Alzheimer’s disease (AD) but something called Pick’s disease, which he suffered with until the end. Someone with Pick’s disease will have tau plaques accumulate and congest nutrient pathways in their brain. Imagine clogged arteries here—but with your brain’s ability to nourish and repair itself affected. Irreversible damage takes place. The degeneration isn’t the worst part; watching your own mind erode is. I remember the brief moments of lucidity that my grandfather would feel—inevitably followed by his features melting into sadness when he realized where he was, who he used to be, and what was happening.

I have always been interested in the long-game of fitness. And while I’ve never thought of my grandfather’s experience propelling me, it’s hard to imagine anything different when I look back on things. So, while the mainstream conversation about fitness is typically around markers of intensity and performance, I’m far more interested in the kind of fitness that transfers to cognitive health and long-term function.

Transfer is an important word in strength and conditioning circles. It refers to how doing one thing will translate into important markers of performance. For example, strength training was long thought to bind football players up—making them slow and tight. It wasn’t until people started paying attention—measuring things like 40-yard speed—when they realized that strength training transferred positively into performance. What used to be heresy is now accepted as standard practice.

How do we maximize the transfer of exercise into cognitive health? Like most things, this can be broken down into the fundamentals and more specialized work. 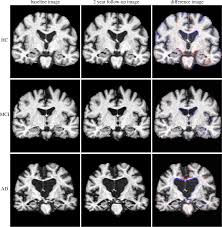 The above is a fairly non-controversial collection of best practices surrounding neurological health. What is not stated is that anything that turns your mental health into a dumpster fire (from unhealthy relationships to arguing politics on Twitter) should also be eliminated. Doing otherwise is like asking about the benefits of Sudoku when your leg is caught in the wood chipper. Basics come first.

Look for deficits
Adding a zinc supplement, for example, to a diet with a decent amoount of zinc may be helpful. Adding it to a diet that is truly deficient in zinc may be profound. Immune function, mood, all that diarrhea (actual symptom) will improve quickly. Dramatic improvements from easy wins. The basics aren’t boring, the basics are awesome—and sport cleaner underwear.

Taking things to the next level requires substantially more work. We’ll get to those protocols in my next post.